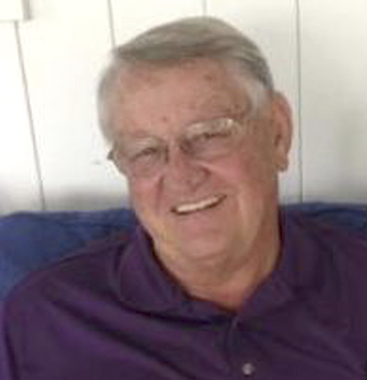 Back to B. Eugene's story

B. Eugene (Gene) Nicholson, 78, the beloved, retired coach at Westminster College, died unexpectedly on Monday, December 30, 2019 at Sharon Regional Medical Center of natural causes.
He was born in Mullins, SC, on June 14, 1941, son of Harriet "Harrie" Blackwell and Brearley Eugene Nicholson.
Gene grew up in Fayetteville, NC, Germany and Brentwood, PA, graduating from Brentwood High School in 1959. He was a standout track, basketball and football player receiving 10 varsity letters and received a Distinguished Alumnus Award from the Brentwood High School Hall of Fame in 2002.
He played football at Wake Forest University and Slippery Rock State College and was a key member of the Slippery Rock team that won the 1962 Pennsylvania State College championship.
He graduated from Slippery Rock in 1964 and also received a Master of Education from Westminster College.
He began his coaching career at Wilmington Area High School in New Wilmington, PA in 1964. After two years as an assistant football coach under Joe Fusco, he succeeded him as head coach, compiling at 15-2-1 record over two seasons, including a 9-0 record in 1968 when he was named Tri-County Football League Coach of the Year. He also started the boys track and field team at Wilmington and had three straight undefeated seasons.
In 1969, he joined Fusco at Westminster College, where he became defensive coordinator for legendary football coach Harold Burry, embarking on what would become a 44-year career as a Titan.
At Westminster, he was a teacher, coach and mentor to countless players and students. If there was a team, he could coach it (and they would normally win). Over his career, he coached the track, wrestling, tennis, golf, swimming and football teams, and was a Professor of Physical Education serving on numerous faculty committees. He literally built the Westminster swim team (and pool) from scratch as head coach from 1972-1985, coaching over 20 All-Americans and collecting eight NAIA Top 20 national finishes. The many 6 a.m. practices helped forge a unique bond with his swimmers that he cherished to this day.
As a football coach, he served as defensive coordinator for 22 years, helping mold one of the premier defensive units in the country, giving up only 10.6 points per game over that time and winning five NAIA Division II national championships. He followed Fusco as head coach in 1991 and over eight years compiled a record of 64-25-2, including an undefeated regular season in 1992. In 1994, he led the team to a 12-2 record culminating in a record sixth National Championship, and his recognition as NAIA Division II Coach of the Year.
After retiring from full-time teaching and coaching in 2007, he continued as men's golf coach until 2013. Over his 13 years coaching golf, he was a three-time Presidents' Athletic Conference (PAC) Coach of the Year.
He was named a member of the Titan Sports Hall of Fame in 1994 and is a member of the Lawrence County Hall of Fame.
Survivors include his beloved wife of 55 years, Barbara of New Wilmington, PA; son Robert Nicholson and wife Sabrina of Wellesley, MA, and daughter Kimberly Powell and husband Mark of Marmora, NJ; grandchildren Abby and Jake Nicholson and Lucas and Reese Powell; his sisters Mary Rue of Atlanta, GA and Anne Exum and Susan McCarter of Chattanooga, TN.
He was preceded in death by his mother, Harriet Blackwell Shinaberry; stepfather, Jacob Woodrow Shinaberry; and father, Brearley Eugene Nicholson.
Friends will be received from 4 to 7 p.m. on Saturday, January 4, 2020, at the Smith Funeral Home, 310 W. Neshannock Ave., New Wilmington, PA.
A memorial service will be held at 2 p.m. on Sunday, January 5, 2020, at the Wallace Memorial Chapel, Westminster College, 149 Maple Street, New Wilmington, PA. The Rev. Dr. Don Dawson will officiate.
Memorial contributions suggested to Westminster College: The Coach Gene Nicholson Leadership and Service Award or Special Olympics - Lawrence County, PO Box 5505, New Castle, PA 16105.
Published on January 1, 2020
To send flowers to the family of B. Eugene Nicholson, please visit Tribute Store.

Send flowers
in memory of B. Eugene

A place to share condolences and memories.
The guestbook expires on March 31, 2020.

Pete &Carla Colton
Condolences to Barbara and the entire Nicholson family.
Gene was a great friend and golf partner. It was a pleasure spending time with him. He will be truely missed.
Todd Aeppli
My deepest condolences to Kim and the Nicholson family. It was a privilege to play for and a joy to learn from Coach Nicholson at Westminster. He could have written the book on how to be a sincere and effective leader, coach and teacher.
Sam Greenwood
Oh baby, a life lived well!
Coach always believed in his Titan athletes giving us opportunities to accomplish things we had only dreamed of.
God Bless the Nicholson Family.
Dale Hofmann (Spuds)
GENE NICHOLSON, THE TALLEST OF TITANS
We all know Gene was the most successful Titan ever in the athletic arena with countless National Championships and All Americans in numerous sports, but the Titan of a man he was off the field as a human being, teacher, counselor, mentor, role model and family man is even greater. I shudder to think where my life would be today had he not been at my side, gently nudging me back when I strayed onto paths of reckless, chaotic doom. How he had the patience to tolerate my antics when the University had deemed me undesirable and was ready to send me packing is a testimony to his forbearance. He saw of glimpse of something worthwhile and wouldn't give up ...on me.

Thank you Gene, I love you and am forever grateful,
Dale 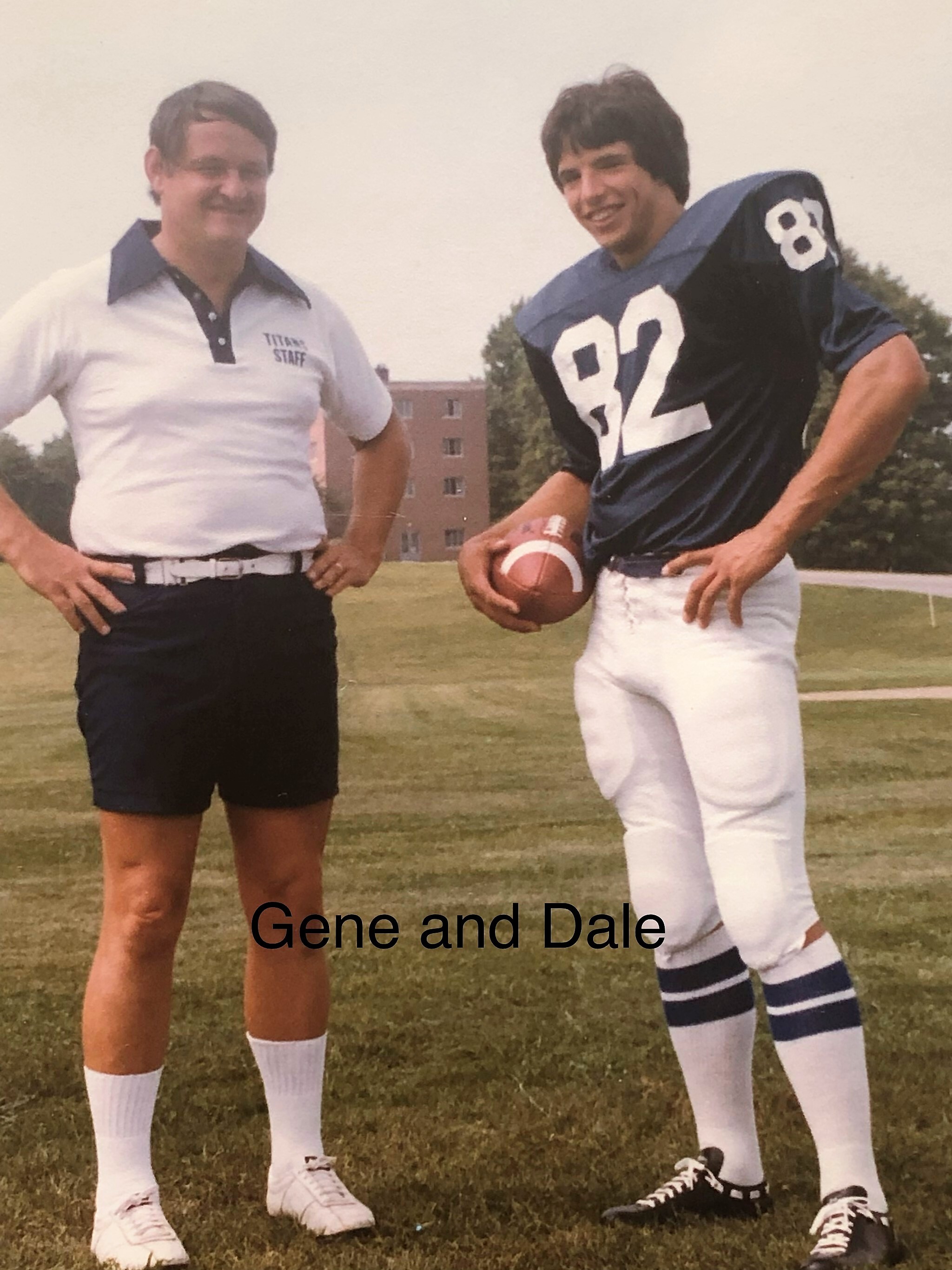 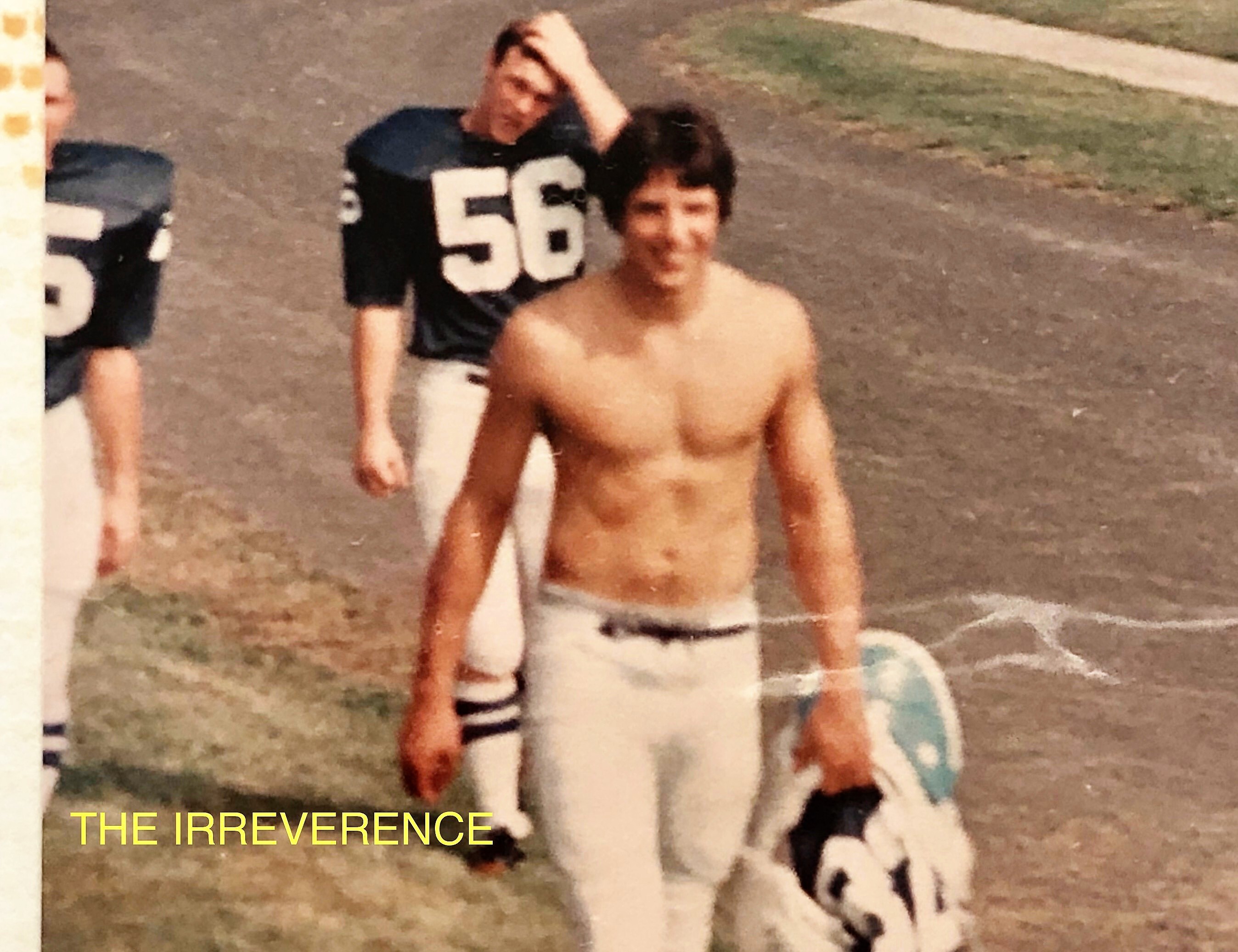 The Summer Family
We are so sorry for your loss. Gene was such a great guy and we always enjoyed his company. He will most certainly be missed.

Written in the Stars was purchased for the family of B. Eugene Nicholson.  Send flowers

Coach Sean Kelly
Forever may you rest in peace thanks for sharing with us your great knowledge of football. It was an honor to serve on your staff as an assistant
Jodi & Scott Wolf
Bob- we are so sorry to hear of your fathers passing. Praying for healing and strength as you go through this difficult journey.
Andy Blatt

A New Sunrise Spray was purchased for the family of B. Eugene Nicholson by Andy Blatt.  Send flowers

Florist Choice Bouquet was purchased for the family of B. Eugene Nicholson by Lynda, Caroline, & Kevin Cottingham.  Send flowers

Richard Somerville-Ryan
Fond memories as an exchange student sharing stories of Rugby Union with the only individual in New Wilmington who knew about that variant of football.
View all