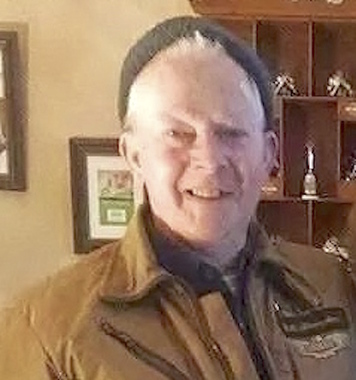 Back to Bill's story

Bill (Willy) Shoemaker passed away on Jan. 11, 2020, at the Masternick Memorial Care Center in New Middletown, Ohio. He was 85 years old.
Bill was born on May 19, 1934 in Kittanning, Pa a son to the late Thomas and Clara Smith Shoemaker. He graduated from Kittanning High School, Married his wife of 63 years, the former Janet Goldstrom on September 4, 1956. Bill was employed by the Youngstown Sheet and Tube Company where he retired from after 26 years; he also worked for, and was part owner in American Dream Pools, before starting his own Company B&J Pools. In 1986, he and Jan moved to the farm on Columbiana rd. but had resided in New Middletown for 21 years. They attended the Free Methodist Church in New Middletown.
Bill was a member of the Gold wing Road Riders Club and he and Jan had made 4 cross country trips on his beloved Honda Gold wing. Bill was a devoted Husband, Father, grandfather and great grandfather. He had a strong work ethic and was a trustworthy friend.
Bill is survived by his wife Janet at Home, daughter Janice, who helped care for her dad at home for 4 months, Son Jim Shoemaker and fiancé Michelle Fani of New Middletown, Son Jeff (Lana) Shoemaker also of New Middletown, and Brother-in-Law and sister-in-law Keith and Bonnie Spicher of Michigan and Sister Lois Ferraino of Kittanning and his cat Wimpy
Bills grandchildren are Christopher (Jamie) Shoemaker, Jimmy Shoemaker, Shawn (Kim) Shoemaker, Misty Shoemaker, Eric Shoemaker, Keri (Mike) Wright, and Brittnie Slepski, Erin (Brittany) King and grand-dog Taz.
His great grandchildren are William James III (Billy) Shoemaker, Christopher Shoemaker II, Harley Shoemaker, Savanna Rose, Kalyssa Shoemaker, Addison Borton, Leya Shoemaker, Parker Shoemaker, Bella King, Kaedence Borton, Chloe King, and Sydney King.
Bill was preceded in death by his parents, His son William J Shoemaker II. (Billy) in 1986, his granddaughter Stephanie in 2014, his infant sister Clara bell and brother and sister-in-law Fred and Joanie. And his brother-in-law Fred Ferraino.
Visitation is scheduled for Friday January 17, 2020 at the Freedom Methodist Church in New Middletown from 2 pm till 6 pm and again on Saturday January 18th from 10 am till the 11 am service time. Pastors Chris and Shirley Shimel will officiate.
In Lieu of flowers family request donations to B&J Pools Inc., to assist in the creation of a memorial garden and to give charitably to local organizations.
Published on January 12, 2020
To send flowers to the family of Bill Shoemaker, please visit Tribute Store.

Send flowers
in memory of Bill

Paul&lisa Zarella
So sorry for your loss.
From all of us at H.C. Harrington!

Tender Tribute was purchased for the family of Bill Shoemaker by From all of us at H.C. Harrington!.  Send flowers

A memorial tree was planted in memory of Bill Shoemaker.  Plant a tree

Phylis and John Chestnut
So sorry for your loss. Pray God will comfort you and give you peace. Gods blessings to you all.
Debra Franklin (Bruce & Erika)
Sending our deepest condolences to all you. Your all in our thoughts and prayers. Your dad was a nice man and hard worker. We all had some great times. May you find peace and comfort during this difficult time.
Mr. & Mrs. Jeffrey L. & Angela Contini & Family