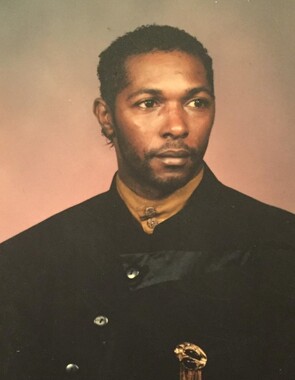 Bouraguard Paul Jones Jr, 60, of New Castle, passed away on Friday, Jan. 24, 2020.
Born in Uniontown, he was son of the Bouraguard Sr. and Dell Marie Bynum Jones on May 20, 1959. After graduating from high school, he enlisted in the Air Force to serve his country for eight years as a military police. He graduated from the police academy in 1983 to become a Pennsylvania State Trooper. He retired in 2004, having served over 20 years.
He was called "Ice," Mann and Paul by those who knew and loved him. He was a dedicated father, enjoyed his family, basketball, football (especially the Steelers) and fitness exercises. Being understanding and a good listener as well as giving advice were parts of his character. He was a man of God, sometimes quiet, yet he could make you laugh with his sense of humor.
Paul was preceded in death by his father, Bouraguard Paul Jones Sr.; one brother, Julius Bynum; and two sisters, Cynthia Brown and Thelma Jones.
Paul will be sadly missed by his mother, Dell Marie Jones; daughter, Jerri Lynn (Marquese) Gilmore of Uniontown; son, Bouraguard Paul Jones III of New Castle; a brother, Michael (Emma) Jones; seven sisters, Julia King, Sheri Jones, Toni Wallace, Pamela Jones, Velma (Darrell) Gregg, Denise (Glenn) Shuford, all of Uniontown, and Roxanne Jones of Norfolk VA; seven grandchildren; Troy Mention of Ambridge, Nikia Montgomery of Las Vegas and Jasmine Angry of New Castle, whom he recognized along with his children; and a host of nieces, nephews, other relatives and friends.
Visitation will be held from 4 to 6 p.m. Wednesday, Jan. 29, 2020, at Charlotte A. Sheffield Funeral Home, 454 Chestnut St., New Castle. On Thursday, Jan. 30, 2020, visitation will be held from 4 to 8 p.m. at Lantz Funeral Home, 297 E. Main St., Uniontown. On Friday, Jan. 31, 2020, the Home going service will begin at 11 a.m. at Lantz Funeral Home. Paul will be laid to rest near his father at Sylvan Heights Cemetery in Uniontown.
Arrangements are entrusted to Charlotte A. Sheffield Funeral Home, 454 Chestnut St., New Castle, Pa. 16101.
Published on January 26, 2020
To plant a tree in memory of Bouraguard Paul Jones Jr., please visit Tribute Store.

Plant a tree in memory
of Bouraguard

A place to share condolences and memories.
The guestbook expires on April 25, 2020.

Written in the Stars was purchased for the family of Bouraguard Paul Jones Jr. by Jalona and Janice.  Send flowers

Alanda
One of the greatest men in our family...
Albert Nixon
To family and friends, you have my deepest sympathy and prayers for you and your family. Ice one of my best friends anyone can ask for, who help me get the career I have now to just hanging out, and all the fun times my friend you’ll be greatly missed, RWG. Till we meet again. Nixon
Buddy jones
My uncle left us with some good memories. And all around he was a good man,father,brother,uncle and grandfather. He will live in are hearts forever and to my cousins Jerry and Paul jr aka baby uncle man lol love you both and stay strong we will get through this together. Always love cousin buddy 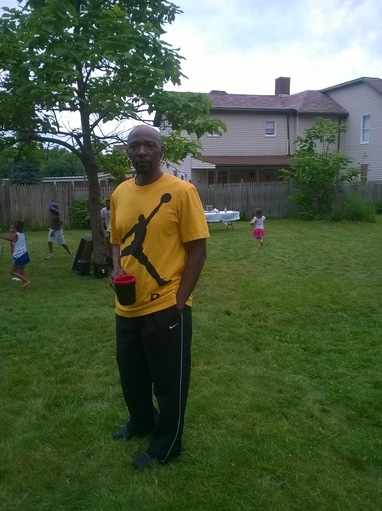 Mel
To my cousins Jerri Lynn and Paul you guys are in my thoughts and prayers as we mourn the loss of Uncle Man. May God comfort you during this difficult time . I love you
Cousin Cameron and Joan Jackson
Paul and i were like 2 peas in a pod, we were like brothers, we hung together every day, played together all the time. When you seen one you seen both of us. Paul will be sadly missed.
Gloria Morgan & Lewis Jacobs
Velma and Family
We would like to send our deepest Sympathy to you in your time of grief. We will continue to pray for Comfort for the Family God Bless! Love Y'all!
Bobbie Pearsall Bartley Miller
Sorry for your loss. He was a fun person to talk to when I worked at the mini mart many years ago
View all