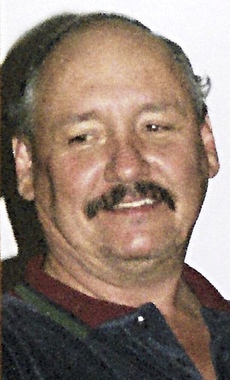 Back to Bruce's story

Bruce Wayne Atwell, 68, of Riverside Apartments, died Friday, Jan. 10, 2020, at his residence in New Castle.
He was born in New Castle on June 19, 1951, a son of the late Robert Atwell and the late Mary (Snyder) McConnell.
Mr. Atwell delivered propane gas for Farrell Gas for 35 years. He was an Air Force veteran, enjoyed fishing, and listening to classical music. He was also was a history buff and enjoyed making models of the Roman Empire.
He is survived by four children, David W. Cartwright of New Castle, Tammy L. Turner and her husband, Eric, of New Castle, Sean P. Atwell of New Castle, and Lily J. Atwell of New Castle; one brother, David R. Atwell of New Haven, CT; six grandchildren; and four great-grandchildren.
He was also preceded in death by his step-father, Everett McConnell; and his daughter, Andrea J. Atwell.
Visitation will be held from 4 to 6 p.m. Thursday, Jan. 16, 2020, at the William F. & Roger M. DeCarbo Funeral Home, 926 Cunningham Ave. A Memorial Service will be held at 6 p.m. Thursday, Jan. 16, 2020, at the William F. DeCarbo Memorial Chapel. Rev. Matthew Bupp will officiate. Burial will be in Graceland Cemetery.
Online condolences can be sent to www.williamrogerdecarbo.com.
Published on January 12, 2020
To send flowers to the family of Bruce Wayne Atwell, please visit Tribute Store.

Send flowers
in memory of Bruce