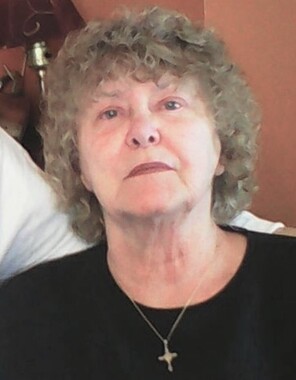 Back to Charlotte's story

Charlotte A. Bartley, 68, of Shenango Township passed away the morning of February 14, 2020 at her residence.
Born on March 11, 1951 in Tacoma, Washington she was the daughter of the late Jesse and Geraline Moore Mayberry.
On March 26, 1983 she married her beloved husband, Dale Bartley. He survives at home.
Charlotte had worked as a waitress at P.O. Lunch and then for Hazels Restaurant for many years.
Charlotte was a member of Wurtemburg United Methodist Church.
She enjoyed gardening and tending to her flowers.
In addition to her husband, Charlotte is survived by her children, Stacey Duncan and her husband John, Alice Kirkwood, Beth Anderson and her husband Jay all of New Castle, her brother, Terry Mayberry of Ohio, two sisters, Christine Marrangoni of Florida, Elizabeth Walters of New Castle, eleven grandchildren and six great-grandchildren.
In addition to her parents, Charlotte was preceded in death by two sons, John Bartley and Jared D. Bartley and her brother, Dale Mayberry.
Visitation will be on Tuesday 4:00 p.m. to 6:00 p.m. at the Ed & Don DeCarbo Funeral Home & Crematory, 941 South Mill St.
A service will be conducted at the funeral home on Tuesday at 6:00 p.m. Rev. Jay Sterling of Wurtemburg United Methodist Church will officiate.
Burial will be in Plain Grove Cemetery.
The family would like to thank Charlotte's longtime care givers, Brenda Brest and Robin Sibeto for their wonderful care over the last several years.
Online condolences may be offered to the family at www.decarbofuneralhome.com.
Published on February 14, 2020
To send flowers to the family of Charlotte A. Bartley, please visit Tribute Store.

Send flowers
in memory of Charlotte

Love From The Perry and Sainato Family

Beautiful in Blue was purchased for the family of Charlotte A. Bartley by Love From The Perry and Sainato Family.  Send flowers