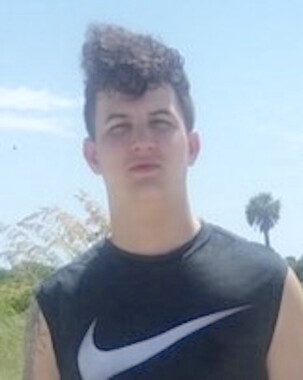 Back to Darren's story

Darren (Scotty) Jevcak, 17, of Ellwood City passed away on Friday, July 19, 2019.
He was born on July 5, 2002, in New Castle to Ashley Altemus.
He would have been a member of the senior class at Lincoln High School this upcoming school year. He worked as a pizza delivery boy for Scustie's Pizza Shop in New Castle.
A caring and helpful person, Darren enjoyed weightlifting and spending precious time with his family and many friends.
He is survived by his mother, Ashley Altemus of New Castle; his adoptive father, Chris Jevcak of Brookfield, Ohio; his aunt/mom, Stephanie Metz of Ellwood City; brothers, Maverick and Grant Jevcak of New Castle; sisters, Ava Jevcak of Boardman, Ohio, and Audrey and Stella Jevcak of New Castle; maternal grandmother, Gloria Smith of Ellwood City; maternal grandfathers, Richard Smith of Renfrew and Calvin Altemus of Aliquippa; paternal grandmother, Tammy Kent of New Castle; paternal grandparents, Thomas Jevcak and Mauree Jo Luciani; and his birth father, Scott Lauderbaugh Jr.
He was preceded in death by his paternal grandfather, Scott Lauderbaugh Sr.
Visitation will be held from 2 to 4 p.m. and 6 to 8 p.m. Wednesday, July 24, 2019, on Thursday, July 25, 2019, from 10:30 a.m. until the time of the service at 11:30 a.m. at the Samuel Teolis Funeral Home and Crematory Inc., with Rev. John Yergan officiating.
Memorial contributions in Darren's (Scotty) name may be made to the Lawrence County Humane Society.
Published on July 21, 2019
To plant a tree in memory of Darren Jevcak, please visit Tribute Store.

Plant a tree in memory
of Darren

A place to share condolences and memories.
The guestbook expires on October 19, 2019.

Restore this Guestbook to share a memory or message of condolence of your own.