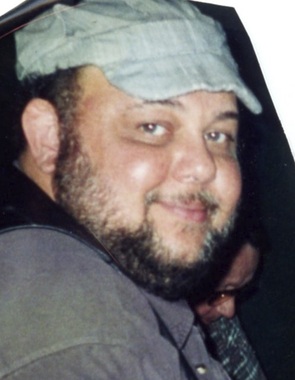 Back to Jeffrey's story

Jeffrey Paul Jones (Jonesey), 64, of New Castle sadly lost his battle with cancer on Saturday, Dec. 7, 2019, in his home surrounded by his family.
Born on July 21, 1955, he was the youngest son of the late William and Harriett Cross Jones.
Jonesey was a graduate of Union Area High School.
Although he held many odd jobs, his greatest passion was driving school bus for 24 years for the New Castle Area School District, George Ku, and Laidlaw. He loved all the children he drove to and from school.
In his spare time, he tended bar for Travelers Inn. An avid Pittsburg Steelers fan he enjoyed collecting memorabilia for his beloved Steelers.
Jeff is survived by his wife, the former Debra Lynn McLaren, who he married on July 21, 1998; his step-daughters, Heather (Jonathan) Moore Penwell and Ronalynn Moore and fiancé Mark Williams; his grandchildren, Samantha Stuble and fiancé Brandon Plaufcan, Camrynn Stuble, Garret Guth, Cadan and Hunter Stuble, Brayden and Brianna Penwell; his brothers, William (Sandra) Jones of DeBary, FL and Glenn (Retta) Jones of New Castle; his brother-in-law, Robert Jones of Hubbard, OH; one great-grandson, Tritan; and several nieces and nephews.
In addition to his parents, Jeff was preceded in death by his sister, Margaret Jones; and his mother-in-law and father-in-law, James and Ethel McLaren.
Visitation will be held from 4 to 7 p.m. Wednesday, Dec. 11, 2019, at the Ed & Don DeCarbo Funeral Home and Crematory, 941 S. Mill St. The Service and Burial at Graceland Cemetery will be private.
Online condolences may be offered to the family at www.decarbofuneralhome.com.
Published on December 8, 2019
To plant a tree in memory of Jeffrey Paul Jones (Jonesey), please visit Tribute Store.

Plant a tree in memory
of Jeffrey

A place to share condolences and memories.
The guestbook expires on March 07, 2020.

Tammy
He was a Sweet soul. May he RIP and i have great memories of him
May the lord comfort the family at this time. Amen
Karla
my condolences Debra on the lost of Jeff. I will always remember him talking football ( Steelers) and him trying out the lunch meat at the counter while I was working. I’m going miss that and God Bless you all.
View all