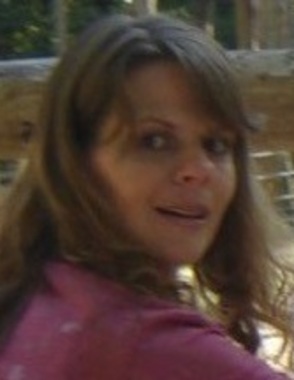 Back to Judith's story

Judith A. Ritchie Robertson, 52, of New Castle passed away the morning of Dec. 10, 2019, at her residence.
Born on June 15, 1967, in New Castle, Judy was a daughter of the late William Ritchie. Her mother, Rose Ann Ritchie, survives.
On April 4, 1992, Judy married her beloved husband, Brad Robertson, who survives at home.
Judy had worked in the medical billing field.
Judy was an avid Pittsburgh Pirates fan. She enjoyed doing crafts. Her greatest joy was the time she spent with her grandchildren.
In addition to her husband, Judy is survived by her children, Bradley Burkey and stepdaughter, Brandy Robertson; three brothers, Charles Olinger Jr. (Joanne), William Ritchie and Kenneth Ritchie; four sisters, Renee Wilson (John), Anna Searcy (Charles), Patricia Temple (Robert) and Sheila Ritchie; and six grandchildren.
In addition to her father, Judy was preceded in death by her stepfather Charles Olinger.
Visitation will be held from 2 to 4 p.m. Friday at the Ed and Don DeCarbo Funeral Home and Crematory, 941 S. Mill St.
A service will be held at 4 p.m. Friday at the funeral home. The Rev. Robert Strobel will officiate.
Online condolences may be offered to the family by visiting www.decarbofuneralhome.com.
Published on December 10, 2019
To plant a tree in memory of Judith A. Robertson, please visit Tribute Store.

Plant a tree in memory
of Judith

A place to share condolences and memories.
The guestbook expires on March 09, 2020.

Lisa Misel
I havent seen Judy in years but the Judy I knew was funny, loving and always put family first. She was a great person and will always be remembered that way. Sincerest condolences to her family, she'll be missed.
Tom n Jennie Robertson
Brad sorry for your loss,prayers for u n the family.
Joseph Prekopi
I'm very sorry for your loss
View all