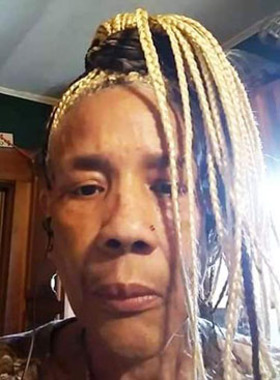 Back to Karen Ann's story

Karen Ann McFall, 66, of Marshall Avenue died on Saturday, Feb. 8, 2020, at UPMC Jameson Hospital.
She was born on Oct. 21, 1953, in New Castle, a daughter of the late Bernard and Phyllis (Anderson) Jackson.
She was married to Donald McFall on May 20, 2005, and he survives in New Castle.
Mrs. McFall was a nurse's aide at Golden Hill Nursing Home and Haven Nursing Home, retiring after 30 years.
She enjoyed cooking, sewing, making arts and crafts, and spending time with her family.
In addition to her husband, she is survived by a daughter, Destiny Smith of New Castle; three stepchildren, Donald McFall II of New Castle, Pabby McFall of New Castle and Arvenia McFall of New Castle; three brothers, Bernard Jackson of Pittsburgh, David Jackson of New Castle and Melvin Jackson of New Castle; a sister, Marcia Jackson of New Castle; and a number of grandchildren and great-grandchildren.
She was also preceded in death by her son, Lorenzo Jackson; and her brother, Barry Jackson.
Memorial services will be held at 11 a.m. on Monday, Feb. 17, 2020, at St. Paul Baptist Church.
Funeral arrangements have been entrusted to the William F. and Roger M. DeCarbo Funeral Home, 926 Cunningham Ave.
Online condolences may be offered to the family by visiting www.williamrogerdecarbo.com.
Published on February 12, 2020
To send flowers to the family of Karen Ann McFall, please visit Tribute Store.

A place to share condolences and memories.
The guestbook expires on May 12, 2020.

Helen Dassau
You are all in my thoughts and prayers. May God comfort and strengthen you.
Larry Davis ...Lawrence
PRAYING for you all....
View all