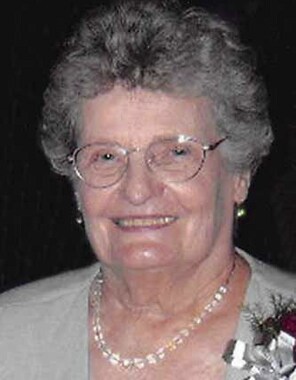 Back to Louise's story

Louise Marie Braatz, 93, of Harlansburg Road passed away the evening of Feb. 24, 2020, at Jameson Care Center.
Born on July 22, 1926, in New Castle, she was a daughter of Alexander John and Mary Anna (Schrantz) Pink.
She was preceded in death on May 23, 2017, by her beloved husband of 69 years, Howard William Braatz, whom she married on Oct. 4, 1947.
After her graduation in 1944 from Slippery Rock High School, Louise attended Jameson Memorial School of Nursing, where she graduated in 1947.
She worked her entire career at Jameson Hospital as an operating room nurse until her retirement.
Louise was a member of New Covenant Evangelical Presbyterian Church.
She is survived by two sons, William (Shirley) Braatz of Highland, Michigan, and Richard Lee Braatz of New Castle; a son-in-law, Robert (Kathy) Fedrizzi of New Castle; two brothers, William "Bill" (Delsie) Pink of Slippery Rock and James "Jim" Patrick (Cora) Pink of Cabot, Pennsylvania; two sisters, Frieda Ann Monteleone of Grove City and Frances Diana Kaplan of Los Angeles, California; a sister-in-law, Rose Pink of East Palestine, Ohio; seven grandchildren, Jesse (Stephanie) Braatz, Robert (Karla) Fedrizzi, Kristin (William) May, Travis (Angie) Braatz, Evie (Michael) Masello, Cynthia (Chris) Pry and Andrea Fedrizzi; 13 great-grandchildren, Payton (James) Boudreau and Andrew Braatz, Emilee and Colton Fedrizzi, Erin, Billy and Dahlia May, Ava and Aiden Braatz, Bryce and Brock Masello, Derek and Joshua Pry; and many beloved nieces and nephews.
In addition to her parents and husband, she was preceded in death by a daughter, Susan Louise Fedrizzi in 1976; and a son, James Dale Braatz in 2016; four brothers, John "Jack" William and wife, Bertha, Pink, Alexander "Barry" John Pink, Jr., Joseph Barnhart Pink and John Edward Pink; two sisters, Mary Frances Pink and Doris Lillian Miller; and three brothers-in-law, Frank Monteleone, Glen Miller and Marvin Kaplan.
Visitation will be held from 1 to 3 p.m. on Saturday, Feb. 29, 2020, at the R. Cunningham Funeral Home and Crematory Inc., 2429 Wilmington Road, New Castle.
A funeral service will take place immediately following visitation at 3 p.m. on Saturday at the funeral home with the Rev. Chris Curtis officiating.
Louise will be laid to rest beside her husband at Castle View Memorial Gardens.
Online condolences may be offered to the family by visiting www.cunninghamfh.com.
Published on February 26, 2020
To plant a tree in memory of Louise Marie Braatz, please visit Tribute Store.

Plant a tree in memory
of Louise

Karenmarie Dover Dicampello
Sending LOVE to Louise's family and friends. May you find peace in memories you share together. Love you "Mrs Braatz" 💜
Pete and Linda Pink
Louise set an example to us kindness strength and faith in God, and she will be greatly missed.
View all 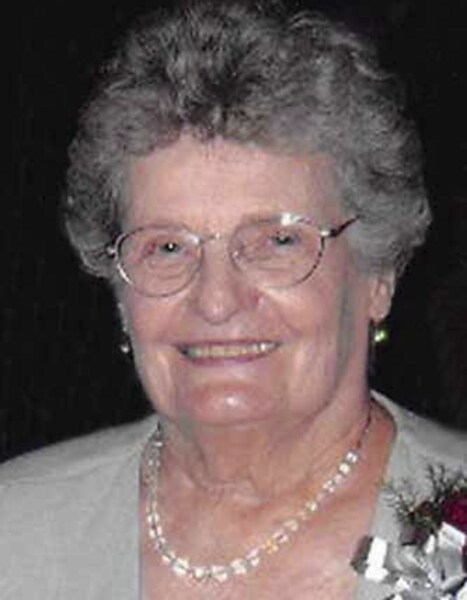