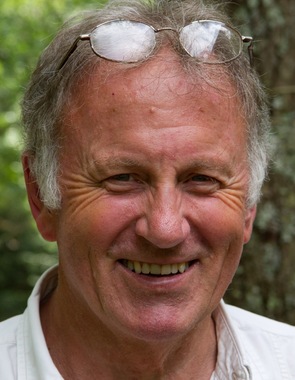 Back to Ralph's story

Ralph A. Schwarz, 74, of New Castle PA, passed away on December 8, 2019 in Sharon, PA due to complications of Parkinson's Disease.
Born January 29, 1945 in Bad Rothenfelde, Germany, he was the son of Aloys Schwarz and Lieselotte (Rode) Schwarz McKissick.
Ralph attended Kent State University and then worked as an architect and consultant for the construction of commercial food service facilities all over the US. These included restaurants, hotels, hospitals, schools, universities, military bases, prisons, and even food kiosks in the World Trade Towers.
In his earlier years, he was an avid swimmer and lifeguard at the Sharon Country Club. He excelled at football and hockey. He was a Scout Master with the Boy Scouts of America and Cub Scouts. Among his other interests, he enjoyed golfing, tennis, horticulture, landscape design, and was a talented home builder and restorer of historic homes. He was artistic and creative and loved working with his hands. He was also a fun, warm and witty conversationalist.
In addition to his mother who lives in New Castle, he is survived by one son, Eric (Sandy) Schwarz of Ohio; two daughters, Jodie (George) Fox and Krista (Gerald) Williams, both of Ohio and three grandchildren, Madeline Fox, Jacob Williams and Mae Williams; and his former wife, Jean Reid.
He was preceded in death by his father and one brother, H. Gordon Schwarz.
A visitation will be held on Friday, December 13, at 11:00 AM at the R. Cunningham Funeral Home and Crematory, Inc., 2429 Wilmington Road, New Castle, PA followed by a 12:00 PM Memorial.
In lieu of flowers, donations can be made to The Parkinson's Foundation https://pfwpa.org/donate-now/.
Online condolences may be offered at www.cunninghamfh.com
Published on December 10, 2019
To plant a tree in memory of Ralph A. Schwarz, please visit Tribute Store.

Plant a tree in memory
of Ralph

A place to share condolences and memories.
The guestbook expires on March 09, 2020.