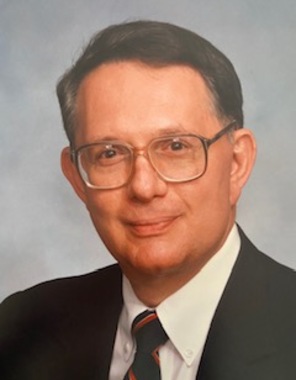 Back to Samuel's story

Dr. Samuel D. Aven, age 83, passed away peacefully on Thursday, Jan. 9, 2020, in Suwanee, GA.
Sam was born on Oct. 23, 1936, in New Castle, to Samuel Aven and Louise (Raguso) Aven.
He graduated from Indiana University Teachers College and went on to earn a Doctorates of Education from Baylor University. He spent the rest of his career in both public and private education starting out as a high school teacher in Neshannock Township. He went on to work at Youngstown University and then Tarkio College in Missouri where he was Dean of Admissions. He spent the later part of his professional career in the proprietary school business leading schools in Pittsburgh, Springfield, VA and New York City. He ended his career as Vice President of Sales and Marketing for Herzing College.
He took great pleasure and satisfaction in mentoring many people throughout his life and considers those he was able to help his greatest contribution. He was an avid sports fan and a lifelong Steelers and Pirates fan. He also enjoyed traveling internationally, reading and business.
He is survived by his wife of 58 years, Donna Lee Hall from Monaca; two sons, Jeffrey S. Aven and Donald H. Aven; along with his sister, Carol Park; brother David Aven; and six grandchildren, Timothy, Stephanie, Samuel, Jackson and Colton Aven and Lindsey Lawrence.
There will be a private interment at Sylvania Hills Memorial Park in Rochester.
The family will be planning a private Memorial Service this summer in New Castle.
Published on January 12, 2020
To send flowers to the family of Samuel Donald Aven, please visit Tribute Store.

Send flowers
in memory of Samuel

Adriana Lazzaro
A true gem and lovely soul...Sam and Donna were our true favorites at Massage Envy...we will miss Sam with all our hearts!!
Izzie Binag
I dont rwally know samuel but i follow him on pinterest.

I like going to his pinterest site.
He seems to be a very nice fine gentleman.
I want to send my prayers and condolences to his family.
Mildred Shaw
What a dear friend, I only wish I could have known him more, so kind and so good to so many. I recall the high school age so clearly Sorry for your loss. Millie Shaw
View all