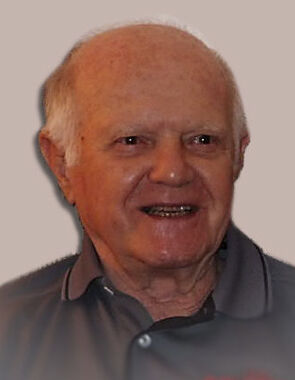 Back to Teddy's story

Teddy C. Telesz, 97, of 1705 Brown St., New Castle, passed away the morning of Feb. 13, 2020, at Jameson Rehabilitation Center.
Teddy was born on Oct. 1, 1922, in New Castle. He was a son of the late Frank and Anna Smialowski Telesz.
Teddy was married to the late Elizabeth Bucci Telesz. She preceded him in death on Dec. 31, 2003. They were married for 53 years.
Mr. Telesz was Roman Catholic and attended Holy Spirit Parish, Mary Mother of Hope site.
Teddy was a graduate of Union High School, class of 1940.
Following graduation, Teddy entered the Army on Nov. 26, 1945, in Pittsburgh. Mr. Telesz was a member of the 538th Ordinance Tank Maintenance Company. Mr. Telesz earned the World War II Victory Medal and the Rank of Technician Fourth Grade. He was a marksman with the M-1 Rifle. Mr. Telesz was honorably discharged on May 10, 1947, in Fort Dix separation center, New Jersey.
Teddy worked as a riveter in the Pennsylvania Railroad Car Shop for 10 years. He retired after 28 years of service at Wean United Engineering in Youngstown, Ohio, as a machine operator.
Teddy was a member of Kasimir Pulaski Club. He enjoyed playing baseball, bowling and golf. Teddy was a fan of all Pittsburgh sports teams.
His greatest joy was spending time with his family and friends, especially his grandchildren and great-grandchildren.
Mr. Telesz is survived by his two children, John P. (Shary) Telesz of El Paso, Texas, and Patricia A. (Leon) Kresowaty of New Castle; his sister, Mary Klocek of Cincinnati, Ohio; six grandchildren, Mark Telesz, Andrea (Adam) Heard, Brian (Jenni) Telesz, Amy (Brad) Horey, Jason Kresowaty and Kevin Kresowaty; and five great-grandchildren, Zachary Heard, Aubrey Heard, Jacob Telesz, Ethan Telesz and Elliott Horey.
In addition to his parents and wife, Elizabeth, Teddy was preceded in death by four brothers, Joseph, Stanley, Walter and Frank Telesz; sister, Helen Golba; and great-granddaughter, Mia Telesz.
Calling hours will be held from 5 to 8 p.m. Sunday, Feb. 16, 2020, at the Noga Funeral Home Inc., 1142 S. Mill St. The New Castle Area Honor Guard will perform military honors at 7:45 p.m. at the funeral home. Additional calling hours will be from 12:30 to 1:30 p.m. Monday, Feb. 17, 2020, at the funeral home, prior to leaving for Mass.
A procession will leave the funeral home at 1:30 p.m. Monday for Holy Spirit Parish, Mary Mother of Hope site, where a Mass of Christian burial will be celebrated at 2 p.m. The Rev. Philip Farrell will officiate.
Burial will be in Madonna Cemetery.
Online condolences may be offered at nogafuneralhome.com.
Published on February 14, 2020
To send flowers to the family of Teddy C. Telesz, please visit Tribute Store.

Send flowers
in memory of Teddy