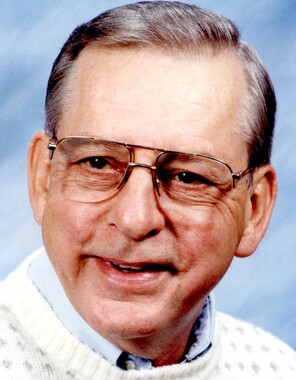 Back to Thomas's story

Thomas L. Gilkey, 90, of New Castle passed away the afternoon of Feb. 13, 2020, at Rhodes Estates.
Born in New Castle on Nov. 7, 1929, Thomas was a son of the late Frank Roy and Olive Roberts Gilkey.
Preceding him in death on Jan. 8, 1998, was his beloved wife, the former Carolyn Cercone, whom he married on March 20, 1954.
Thomas proudly served his country as a member of the Navy as a radioman.
He retired from Bruce and Merrilees, where he had worked as a machinist. Prior to that, he had worked at Lockley Manufacturing and Rockwell International.
Thomas was a member of Independent Methodist Church.
He was an avid fan of the Pittsburgh Pirates.
Thomas cherished the times he spent with his family and grandchildren.
He is survived by his children, Karen Flynn of Jarrettsville, Maryland, Thomas Gilkey and wife, Joannne, of New Castle, and Sherri Lyons and husband, Michael, of New Castle; eight grandchildren; and three great-grandchildren.
In addition to his parents and wife, Thomas was preceded in death by a brother and two sisters.
Visitation will be held from 4 to 7 p.m. on Monday at the Ed and Don DeCarbo Funeral Home and Crematory, 941 S. Mill St.
A funeral service will follow at 7 p.m. Monday at the funeral home, officiated by the Rev. Richard Nero. The New Castle Area Honor Guard will perform military rites at the funeral home.
Burial will take place at Graceland Cemetery.
Online condolences may be offered to the family by visiting www.decarbofuneralhome.com.
Published on February 14, 2020
To send flowers to the family of Thomas L. Gilkey, please visit Tribute Store.

Send flowers
in memory of Thomas